Stan Heptinstall MBE honoured as Alderman of the Borough of Broxtowe

Broxtowe Liberal Democrats are pleased to be celebrating Broxtowe Borough Council's recognition of one of our members. 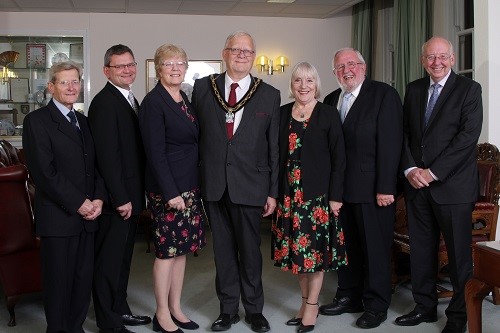 Broxtowe Borough Council admitted Stan Heptinstall MBE as an Honorary Alderman in recognition of his work for the local community during his time on the Council from 1991 to 2015.

This is the highest honour the Council can bestow, and Liberal Democrats are proud that Stan served as our Councillor for Bramcote Ward, cabinet member and portfolio holder for Environment, and Mayor in 2014-15.